﻿
Ms. Marissa Casano is an active music educator, conductor, and performer in the Detroit-Metro area.  Ms. Casano serves as the Director of Orchestras at Oxford High School, Director of the First Year Orchestra, and the Suzuki Coordinator for the Oxford Community Schools.
​
Since joining the program in 2018, the Oxford Orchestras have initiated a community outreach program, performing for various senior centers and events around the Oxford Community. In 2019, the Oxford Orchestras have a collaboration with the BeeHive Homes of Oxford, where students volunteer to perform and engage with members of this facility on a weekly basis.

Ms. Casano holds a Bachelor's degree in Music Education from Michigan State University. She completed her student teaching in the Okemos Public Schools, working with both the band and orchestra programs. While at Michigan State, Ms. Casano actively pursed supplemental coursework in advanced conducting. During her collegiate career, she was accepted to participate in conducting symposiums at Northwestern University, The University of Colorado-Boulder, The University of Minnesota, and Michigan State University. In addition, she has pursued graduate-level coursework in string pedagogy under the mentorship of Dr. Judy Palac and Professor Kevin Noe.

Outside of music, Ms. Casano enjoys spending time with her family, golfing, and traveling. She currently resides in Troy, MI. 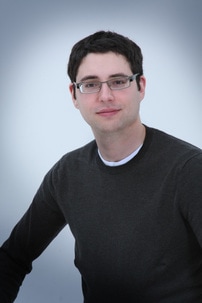 Before teaching in the Oxford Community Schools, Mr. Berezney also taught as a violin instructor and early childhood music instructor at the Michigan State University Community Music School in East Lansing, MI and the Brookline Music School in Brookline, MA. In the summers, Mr. Berezney is a violin instructor for Blue Lake Fine Arts Camp and has participated in summer music festivals such as the Meadowmount Music Festival, NY and the Aspen Music Festival, CO. James is a member of NAfME (National Association for Music Educators) and ASTA (American String Teachers Association).